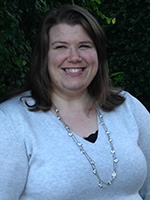 While I believe that the negative stigma that was once attached to higher education and first generation college students is not as prevalent as it once was, I do believe that there are still many reasons why students are the first in their families to attend college. For a vast majority the number one determining factor is financial wellbeing. This was a big influence, in many ways, for my brother and I and our decision to attend college. My parents had decided when we were young that they wanted us to have a better life than they felt they had and, so from the time we were young the answer to this dilemma was college.

Like any child I had lofty aspirations. I alternated between wanting to be a teacher, a veterinarian, and a librarian. My parents supported these goals, but knew that I would need more assistance than they could offer in order to achieve either of them. In middle school we (my brother and I are twins- so we were often signed up for the same programs) were enrolled in the Gear Up program associated with Appalachian State University. The Gear Up program began the process of preparing me to think about college and see myself attending college. This opportunity also opened the door for others as well- the biggest of which came freshman year of high school. I applied and interviewed for the Upward Bound Program which was also associated with Appalachian State University.

I began the journey with this program in January of my freshman year and it continued through the summer following my senior year. Through this program I was allowed to blossom. I met other students from various schools that I would never have had the chance to meet otherwise. I made new friends and forged relationships that I believe will last a lifetime. The Upward Bound program consisted of two main components- activities during the school year and activities during the summer. The activities during the school year typically involved tutoring once per week on campus at ASU (they sent a bus/van to each high school to bring students to campus) and also tutoring once per week at each high school (a group of ASU students came to the school). An incentive of the tutoring sessions at ASU was that we actually received a small weekly stipend. While the stipend was not a large amount of money it did make me feel empowered and also special because so much was already being provided to me at no cost and on top of that I was being paid to be there. This small act encouraged me to spend time with friends while also receiving academic support that I likely would not have received without being involved with the Upward Bound program.

Each summer I would spend six weeks in a summer camp setting for Upward Bound. During this time I was able to visit a large number of colleges and universities and tour their campuses, receive academic preparation for courses that I would be taking the following year, and also participate in extracurricular activities such as attending plays, kayaking, and volunteer work. Each summer provided a multitude of different activities. The summer between my junior and senior years consisted of a backpacking trip, more campus visits, a trip to Washington D.C. and of course time spent on campus at ASU. The summer following graduation I was given the chance to take courses at ASU during the second summer session. These courses gave me a leg up on some of my other classmates when I attend college in the fall. I was able to register for courses earlier and even placed out of certain coursework. It was during this summer that I received my first experience of being a college student.

It was also through this program and its many opportunities that I discovered what college I wanted to attend in the first place. On one of our many campus tours I had fallen in love with the campus of Guilford College in Greensboro, NC. I loved that the school was small (less than 2000 students total), but still offered the amenities of living in or near a large city. One of the drawbacks to Guilford College for me as a first generation college student was the significant cost associated with a private institution. While I did receive many scholarships (both need and merit based), grants, and other forms of aid I still struggled morally with the cost of tuition there. I knew that tuition would only increase and there was not a guarantee that I would continue to receive the amount of financial assistance needed to remain a student at Guilford. I had watched tuition rates climb just in the few short years that I had begun looking at colleges and wanted to be secure in my decision of the college I was attending and the amount of debt I would have once leaving college.

During the spring semester of my freshman year I made a difficult decision to transfer to Appalachian State University beginning in my sophomore year. I knew that ASU would offer more "bang for my buck" financially and also provide me with a larger support system. For me this transition was fairly painless as I had spent so much time on the campus of ASU already while I was a high school student. I already felt at home here and already knew a number of people on campus as well. Once I was officially an ASU student again I automatically became a member of the Student Support Services (SSS) through the Learning Assistance Program (LAP). My involvement with Gear Up and Upward Bound in middle and high school meant that I qualified for additional help and support from the SSS program. While at the time I thought that this was excessive- I had to meet with three advisors (my SSS advisor, departmental advisor, and College of Education advisor) prior to course registration- I now realize how many student crave this additional support and do not receive it.

There were a number of instances during which I questioned whether or not I would be able to complete all of the tasks that I sat out before myself. I knew that I had a large support system (family, friends, and advisors) but I still felt as if I were consistently second guessing everything that I was capable of completing. I have always been someone who stresses or worries about everything, and while I know this is a flaw of my own personality I could never convince myself that I could live up to the expectations placed on me by myself or others. It has only been recently that I have begun to change my view of myself based on what I feel is important and not on what society deems necessary.

I also recall a few occasions during my educational career that I felt as if I was being singled out, not necessarily because I was a first generation college student; but because I was not familiar with typical policies and procedures. I often considered that this occurred because I did not have someone "showing me the ropes." As a result I did feel that I had to be more purposeful with my decisions in order to most effectively represent myself. I do not believe that the majority of my classmates realized that I was any different than they were unless we had a discussion about our backgrounds. Also, many of professors did not address the fact that I was receiving assistance from the Student Support Services department until they were asked to complete a midterm progress report for me each semester. In many ways this was the one identifying characteristic that made me stand out from my other classmates. During advising appointments I was often questioned about why professors had been asked to complete the progress reports, what program I was a part of, etc.

My current role as an advisor in the Academic Advising and Orientation Center (AAOC) has taught me how lucky I really was to receive the support that I throughout my life beginning with my parents, who constantly found ways to ensure that my brother and I would have a chance to attend college; and still continuing today. I still feel as I am being supported and encouraged by my colleagues, students, and other university members. Many of the SSS advisors that I worked with as a student still work at the University, and I still keep in contact with the ones who have moved on to new endeavors. They are constantly asking how I am and genuinely take an interest in my life- both personally and professionally. I have the opportunity to work with many of the people who helped to ensure that I was successful in my college career, and to be able to share that experience with new students is truly an incredible gift.